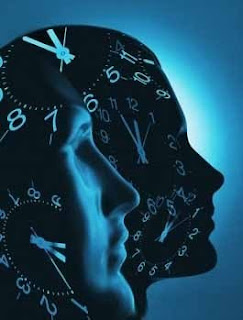 Steve Runner, from the Phedippidations podcast ,interviews three noble shift runners - who manage to fit in their training in to an ever changing work schedule.
Lisa Nurse on the Run blog, LJ (part of Team Point Two) Tri Wyoming blog, and Gary Wall (@GaryW2008) from his blog, kinverkid.blogspot.com.

[ Click Here for Runners Roundtable - Episode 59 ]
Posted by RunnersRoundTable at 10:20 AM 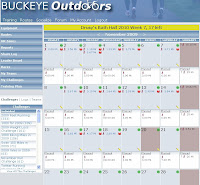 How to design a training plan? Toni, drusy.blogspot.com, asks the experts - Leslie Lam therunninglaminator.blogspot.com,
Joe Garland runwestchester.wordpress.com, and
Dr Jami runnerforgood.blogspot.com, who all talk about the importance of a structured plan including speedwork, repeats, tempos, intervals and hills. Good plans are recommended from books including Daniel's Running Fomula, Run Faster, From Last to First (Joe's blog review of that book) and the RunnersWorld Ryan Hall Half plan.

The controversy of charity runners displacing qualified Boston runners gets a cameo Steve Runner rant and Joe blogged after the RRT conversation with Marci a few weeks back, on Charities. In the chatroom were Matt (@runnerMatt) from the DumpRunnersClub podcast, dennrunner, Colin Hayes from his blog, Resurrected Runner, Steve Chopper (@stevechopper) from the a miles with me podcast, Papa_Louie and EmDad or Dennis from Brooklyn from his blog, trainingandtannins.blogspot.com.

[Click here for RunnersRoundTable Episode 58]
Posted by Drusy at 10:17 AM

In this episode, we talked with Yuri Elkaim - athlete, author and Fitness/Wellness Expert. A former professional Soccer player, Yuri is the founder and owner of Total Wellness Consulting, hosts a blog Fitter U Fitness, and has written Eating for Energy (www.eatingforEnergy.ca) and Nutrition for Runners (www.myTreadmillTrainer.com) as well as articles in Beyond Fitness magazine, Impact magazine, and Fitness Business Canada magazine.


As co-host, we had Thad, aka "RunnerDude" of ncrunnerdude.blogspot.com and running mentor for the new goal-oriented social site, www.TheCircle.org for its Long Distance Running and Run for Fitness circles and free-lance writer for www.AmateurEndurance.com.

Both Yuri and Thad addressed the difference between dynamic stretching and static stretching and the importance of stretching for injury prevention. Next, we moved on to nutrition. Yuri shared his nutritional approach with the group, which is based on incorporating more raw fruits and vegatables into your diet and consuming foods in their "unprocessed" state. In addition to stretching and nutrition, the group briefly discussed interval training - how it works and why it might help you become a better runner.

We had an open mike night with Marci of Marci Runs The Marathon, Matt of The Dump Runners Club, and, as host, Joe Garland of the Run Westchester blog. Mostly we spoke about the recent ING New York City Marathon, Marci having completed it for the fourth time. We had some discussion about recovering from injuries, Matt having recently gotten out of a boot needed for a heel issue, Marci telling us of her decision to run a marathon since, well, she had gotten over a bit of back surgery.

One site reference was the always informative Science of Sport, which recently had some good stuff on the NYC Marathon. There was a bit of talk about NYRR's Mary Wittenberg's response to the "Marathon Plodder" issue. Here's her letter. There was also a reference to Kenny Moore's "The Long Blue Line."

Unfortunately, the recording seems spotty at times, which perhaps can be fixed. The sound seems better on the Talk Shoe site itself:

If anyone works variable shifts and is willing to talk about how she manages to stay on a training plan, we'd love to have you an episode on 3Dec at 4pm Eastern, please let us know!
Posted by RunnersRoundTable at 9:54 AM