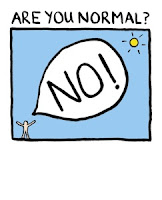 
Now he’s trying to inspire more people in a UK-based international fundraising initiative - Oneoneoneone, that will raise over £1million for people living with, or affected by, HIV/AIDS around the globe, through the established charity Keep a Child Alive.

Danny's also written a book, ‘You’ve gone too far this time Sir’? [Buy from ActionAid - half profit goes to charity @ http://act.ai/dannybent or on http://amazon.com for £9.99 however the special Kindle verson looks to be on offer at just 72p!] about his decision to raise money for charity and his adventures along his journey.
Steve Chopper, host of Run World Radio, was joined by @Drusy (Toni), @Devoniain (Iain), @clewsy (Colin), @solshadow (Phil of Runcast.tv) and Roberto from Madrid, Spain as we chatted with Danny about his antics and charity goals. In the chatroom we had @Allterrain, Krister from Running the Narrow Path podcast and @Alcoupon
Click here to listen to RRT 121
Posted by Drusy at 4:24 AM